Showing posts from April, 2019
Show all

Japan's Emperor is a purely symbolic role. Technically, it's a constitutional monarchy, but I'm not sure of what official governmental roles the imperial family actually fulfill except to be symbols of Japan.

Japan tells time by eras, like many historical periods. There's the Edo-jidai or Edo Period, from 1603 to 1868, when the Tokugawa shogunate ruled over a not-very-centralized Japan. That's when Japan sort of isolated itself and there were a lot of samurais running around and some Dutch people came to trade and the Japanese gave them a punky island that they made them stay on in Nagasaki Harbor.

In 1868, the Emperor Meiji came to the throne and the Meiji Era began. The Meiji Era is considered Modern Japan and since then, each emperor corresponds to an era. The era name is symbolic and after the emperor dies--or abdicates--he will become known as the Emperor Era Name.

Which i…
3 comments
Read more

TV Shows and Other Things 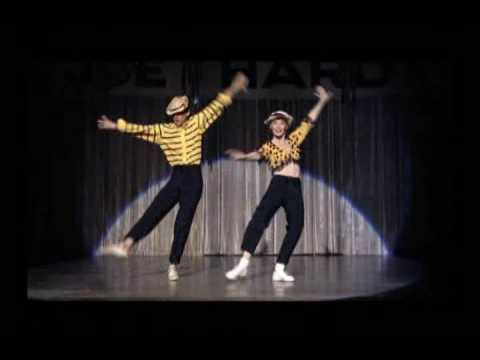 So I'm on spring break this week, though I'm working on two projects plus work, so...is it a proper break?

At any rate, I caught up on Fosse/Verdon, a miniseries on FX about famous Broadway choreographer and director Bob Fosse and the rather contentious relationship he had with his wife, muse, and the best Broadway dancer of all time, Gwen Verdon. It stars Sam Rockwell and Michelle Williams and there's lots of dancing and musical theater.

I know nothing about dance, but look at Bob Fosse and Gwen Verdon dance:

I also want to watch the three-part miniseries Mrs. Wilson, starring Ruth Wilson, which aired on PBS. I have the first episode on the DVR but I'll have to find the final two. Mrs. Wilson is based on a memoir Ruth Wilson's grandmother wrote and left behind. When Ruth's grandfather Alec died in the 60s, her grandmother learned that that she was not the only wife he had--Alec Wilson was a spy, worked for MI-5 and MI-6, wrote a spy novels, and had four wives …
4 comments
Read more

I ended up writing a book in her comments and concluded that I should write my own post.

My first social medium was Facebook, which was brand-new and everyone at my college was joining it back in 2004. I've been on it ever since, with a personal page and with an author page. And I think about deleting my author page every other week or so because a) I'm not really creative writing anything imminent at the moment, so the page is all meme quotes and blog posts and b) I don't get a lot of engagement on it and c) more than once, I've had follower numbers go up but I can't tell where those followers are from, which is disconcerting.

I think we've all become aware of the bad ish social networks are up to--gathering massive amounts of data and then not protecting it, selling that data, not regulating their platforms enough to avoid nasty people using it, the spread of m…
4 comments
Read more

- April 08, 2019
Around about two years to a year and a half ago, I was struggling to write a Regency historical romance between a fairly major character in Pearl and a character I'd written in an earlier incarnation of Pearl and then cut when I rewrote the story.

At the time, I thought the story wasn't working because there was no chemistry between these two characters. I thought I'd burnt myself out on Regency times in a way, having kind of immersed myself in the Georgian era for this fictional family I'd created, and maybe it was just time to move on to something else. Plus, although I love reading romances, they're exceedingly hard to write because they're essentially two plots--the external and the internal--and they each have their own beats that must be hit.

All of that is true, but I also had this pervasive sense that I was trying to write--and had written, in Pearl--something problematic. So, Miles Keegan was created because I needed a white English guy of decent birth…
6 comments
Read more 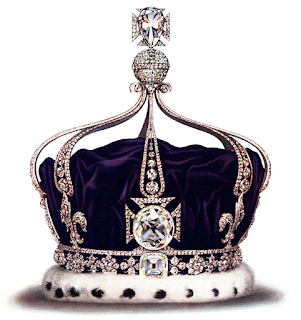 Ever since I learned a bit more about the Koh-i-Noor Diamond, Duleep Singh, and his daughter Sophia, I've been like low-key (and by low-key, I mean I think about it from time to time but not a lot) interested in the idea of a British Crown Jewel tied into other royal families and what the symbolism of Crown Jewels are--and what it means to those whose jewels were destroyed or stolen by colonizers or revolutionaries or whomever...

As a refresher: the Koh-i-Noor Diamond has a long, convoluted history, but it ended up in the Punjab as part of the Maharaja Ranjit Singh's collection. His son, Duleep Singh, was the last emperor of the Punjab and when the British imposed a treaty on the Sikh Empire, part of the deal involved the Koh-i-Noor being given to Queen Victoria.

I feel jewels and jewelry get used a lot as symbolism in stories. The Lord of the Rings hinges on a bunch of powerful rings. A Countess Below Stairs by Eva Ibbotson involves a Russian aristocratic family's jewels …
5 comments
Read more
More posts