Showing posts from October, 2018
Show all

- October 23, 2018
It's been a long time since I've entered anything I've written into a writing contest, but I submitted a short story "Lady Beatrice's Ball" to the Insecure Writer's Support Group Anthology Contest today.

For the past few years, the IWSG has run an anthology contest, where stories are submitted and short-listed and the winners are published in an anthology.

Check out the contest here. This year's genre was Young Adult romance and the theme was masquerade.

I haven't written very much Young Adult--and I read it very, very rarely--but I had a character from a story that crashed and burned a few years ago who worked for that age range. So, yay!

I always find it hard to write romance in shorter pieces. Wait, who am I kidding? Romance, as much as I read it and enjoy it, is hard for me to write in any length, but especially shorter. I tend to find romance short stories and novellas kind of unsatisfying because the romance plot has to be truncated.

Dueling, Or: Men Are Stupid 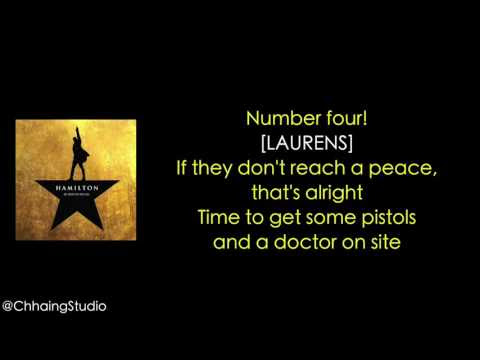 I am a pretty deep Hamilfan, y'know? I saw Hamilton in 2015 (still bragging), I watched the PBS Hamilton documentary twice, I'm currently reading the annotated Hamilton: The Revolution book on my Phone's Kindle app.

My nieces have recently gotten into Hamilton, but not because of me. Niece #1, aged 10, got to see Hamilton on Broadway with her aunt for her birthday. When the nieces went to visit friends this summer, said friends' children listened obsessively to the Hamilton cast album in their car. They came back knowing the songs and being excited about Hamilton's story, like so many others.

Their parents even took them to Weehawken, a New Jersey town across the Hudson from Manhattan, where Hamilton and Burr's fateful duel happened in 1804.


And I'm up to the "Ten Duel Commandments" chapter in the Hamilton book. And it's been a while since I've ranted about something historical.

An Update On My Writing Projects

An update on, like, actual writing projects? Whut? Now, admittedly, 2018 has not been my most prolific writing year. Working two jobs for most of the year and being in the midst of a career change is not conducive to a ton of time or inspiration.

So far this year, I have completed a short story--a horror spec fic thing that I have yet to decide what to do with. It's based on an old Japanese myth about grandparents being taken into the mountains and woods during times of hardship and left to die from exposure to lighten the load of the family.

I'm in the middle of a true rip to shreds on a different short story that I'm going to enter into a contest.

Outlines:
My Broadway romance novel outline is still going. I'm almost done with it, but I can't get over the hump and I'm wondering if it means that I should just jump into a full draft already.

After the Broadway romance #1, there are three other planned stories in this potential series…
4 comments
Read more

Welcome to October's Insecure Writer's Support Group. We post our writerly insecurities to the world every first Wednesday of the month. Check out the group here.


This month's IWSG question:
How do major life events affect your writing? Has writing ever helped you through something?

To generalize--writing has helped me through some really dark times. I've written to pull myself back from the edges of the cliff. I write to alleviate anxiety. But during major life events--I find that maybe I have a harder time writing? Because major life events tend to keep a person busy and/or distracted from more inner life pursuits.

Granted, I was in the middle of the editing process for Pearl when my grandfather died--and I think while writing it didn't help me cope with his decline, going through the self publishing process for the first time was something I could research and concentrate on at that time.

Also, now that it's October... 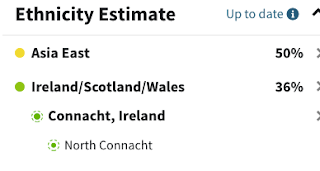 As a quick refresher, when I blogged about my Ancestry DNA results, they were originally:

This week, Ancestry sent me an email and a refined result. Those were:


I hadn't gotten my 23andme results on Saturday, when the Ancestry update came through, but they were ready on Sunday!

Now, to be clear, I have been raised and identify as half Irish and half Japanese and all of these results bear that out. Now, in the original Ancestry results, there were tiny amounts of other kinds of European (which are now gone from the updated results): Scandinavian, Iberian, British. History tells us that Vikings, Normans, English, Spanish and of course, Celts, all ended up in Ireland and I thought, "Oh, cool! So there's little amounts of all those groups in my DNA!"

There may be trace amounts of Scandinavian, English, Scottish and maybe some Spanish there, based on 23andme's Broadly European bits.

But the Asian side! I'm so excited that it shows not only the Japanese DNA (but th…
2 comments
Read more
More posts