The Mapparium and the Christian Science Center

- August 16, 2018
I meant to write about my quick Boston trip, but I wasn't totally sure what to do write about--I'm hardly a stranger to Boston, so I felt weird doing travel posts for a city I've spent a lot of time in.

But the Mapparium really stuck out, since I'd never even heard of it until this trip. Thanks to my friend Nali, who found out about it somewhere, because the Mapparium was really interesting.

The Mapparium is a three-story tall convex world map made of colorful panels. It's housed in the Mary Eddy Baker Library at the Christian Science Center in Boston. The giant globe was created in 1935, reflecting the political boundaries and names of countries in 1935. It's never been updated, so it serves as a really interesting look into what the world was like back then.

You are ushered into the room where the map is and everyone stands on a gallery which is at about equator level, I guess. Look down and Anarctica is all the way down. Look all the way up and there's Canada. There are no pictures allowed of the Mapparium itself, but if you want to see some pictures, here's a Google Image link!

And there's also the Irish Free State, the Soviet Union, British India, the Empire of Japan (with Korea and Taiwan annexed and therefore, also part of the Empire of Japan). Hawaii is a U.S. territory. Most of Africa is still divided up among the Dutch, British, French, and Italians.

And to think about what erupted with WWII not long after.

The funny thing about the Mapparium is that you can hear the softest whisper from the other end of the gallery so clearly.


We also were able to take advantage of a free tour of the Mother Church of Christian Science just after the Mapparium. The annex, built in 1906, is bigger than the original church, which was built in 1894--I think the annex can hold about five thousand people and it has this beautiful dome and a huge pipe organ. We also asked to be taken to see the old church, which was much tinier and tighter. 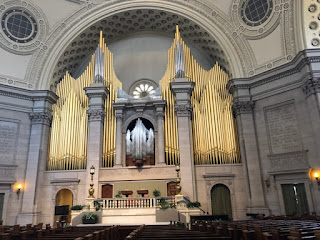 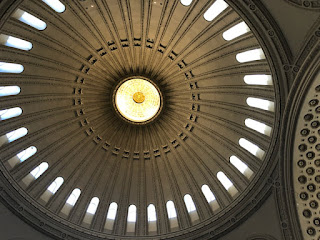 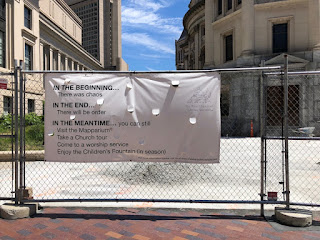 For more about the Mapparium.