- November 06, 2017
"Haunted Lake" is the title of my paranormal short story in the anthology FULL DARK, now available on Amazon and B&N.

Haunted Lake is also a real place--and the region around it is real as well. I don't think it's haunted in real life, though. At least it wasn't the one time I've been there. 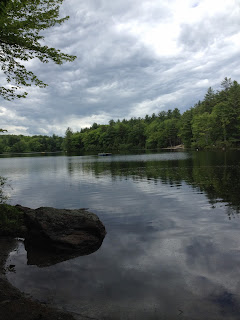 It's a beautiful place and it is not creepy at all. It's natural beauty. But being a city kid, I generally associate rural countryside with creepiness.

2. There has to be a reason why a lake is known as "Haunted Lake," no? I quizzed my college roommmate and her sister (who grew up along the shores of said lake) about how and why it might've gotten its name. There were a few stories; some of them ended up in a mish-mash in my story.

3. Matthew Patten was a real person. A secondary character in my story, the real Matthew Patten was a resident of Bedford, NH, and was hired in 1753 to survey the boundaries of the town of New London.  His diary of this period provides a lot of information about early New Hampshire. I stole him and his surveying for this story. His two surveying associates are fictional.

4. The "misshapen mountain" that the surveyors talk about in the story is Crotched Mountain, now partially a ski resort.

5. The unusual tomb/memorial rock Kimiko runs across in the graveyard is not in New Hampshire. When I was a kid and forced to take violin lessons, the lessons were held in the church basement of the Zion Episcopal Church in Douglaston, Queens. The church is on a hill and has a substantial graveyard, which my dad and I were exploring one afternoon because we like cemeteries. We came across a huge stone.

Here lies the last of the Matinecoc, is the inscription. The Matinecock were a Native American tribe who lived on Long Island--they were part of the Lenape tribe. 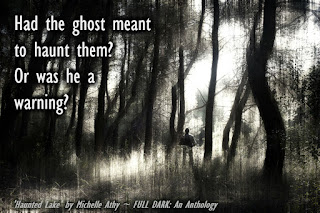