Showing posts from October, 2017
Show all

FULL DARK: An Anthology is now out! 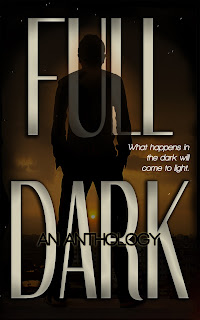 Add FULL DARK to your Goodreads shelf here.
Available on Amazon and B&N.
It's October 30th, which means that FULL DARK: An Anthology is now officially OUT!


What happens in the dark will come to light.
Full Dark is a collection of eleven short works with impressive depth and range. Twisted tales of ghosts, villains, and the paranormal await you—mystery, heinous fantasy, and pure suspense. Acclaimed and award-winning authors as well as a few talented newcomers have joined forces to be your guide. Venture into the dark if you dare.
Just A Matter Of Time by Loni Townsend Forerunner by David Powers King Taking Care Of You by Carrie Butler The Apartment by Lisa Buie-Collard The Caricature by Nick Wilford Shifting Sands by Elizabeth Seckman Shadows Falling On Rainbows by Celeste Holloway Meringue, Murder or Marzipan by Tonja Drecker Haunted Lake by Michelle Athy Soul Coin by Laura Rich Retribution by Melissa Maygrove
FULL DARK is a benefit anthology. 100% of the proceeds will be donated to the Gar…
4 comments
Read more

Why I Love Roger MacKenzie 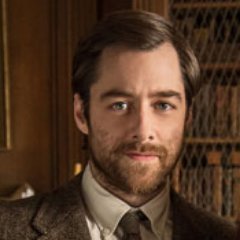 Outlander season three has begun--I'm patiently awaiting the airing of episode 6 in another week. I read all eight Outlander novels in 2014-2015, not long after TV version began.

And yes, Jamie Fraser and Claire Randall Fraser loom large in the Outlander world--the time-crossing lovers who have very odd adventures and associate with an ever-increasing growing cast of characters.

But I realized about halfway into the series that my favorite character in Outlander world is Roger Wakefield MacKenzie, who [spoiler] is Jamie and Claire's daughter Brianna's love interest and eventual husband.

Over the last year, I've been doing a very slow re-read of the Outlander books, but I've only been re-reading the Roger and Brianna parts. It's a very different series when you only read their parts, much less improbable adventure and more two twentieth century people living in the eighteenth century and all the complications that would ensue from that. Jamie--and Claire, in a l…
8 comments
Read more

Pursue the Unknown End by Emily Steers: An Author Interview 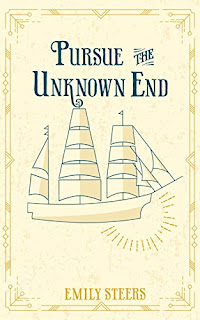 Last year, a college classmate released her debut novel Collecting The Constellations, a contemporary  mystery-adventure story. The sequel to that book, PURSUE THE UNKNOWN END, was released on September 1, 2017.


Fresh off their life-altering trip to Kathmandu, Charlotte and Rory left New York City for the relatively quiet confines of Tilly's Texas ranch. On the day of their wedding, a mysterious gift arrives on the doorway, soliciting the pair to uncover the secrets of its confines A.S.A.P.

The contents of the box send the pair to Boston, the former Hub of the Solar System, to dig through America's complex history of business, representation, and human rights.

But as Charlotte and Rory get closer to uncovering one of Boston's best-held secrets, new revelations about their relationship come to light.

Add Pursue the Unknown End to your Goodreads shelf. You can get both books in Emily's Antiquities series on Amazon for $1.98.

On with the interview!

It is the first Wednesday in October, which means it's time for IWSG Day! The awesome co-hosts for the October 4 posting of the IWSG are Olga Godim,Chemist Ken,Jennifer Hawes, and Tamara Narayan!

What insecurities do I have this month? Well, I have one project I'm losing interest in, but trying to persevere and finish. I have another project idea bearing ideas for a series and characters and plot.

Which brings me around to this month's IWSG question:

Have you ever slipped any of your personal information into your characters, either by accident or on purpose?
I remember my theater major friends in college talking about how they had to "find their way in" to a character. The longer I write, the more characters I come up with, the more I realize that I, too, need to find my way in to a character, even if our circumstances are utterly different.
For my historical characters, the personal information we share isn't very personal at all, if we indeed share anything…
28 comments
Read more
More posts