Showing posts from January, 2017
Show all

The Con Where It Happens: BroadwayCon 2017 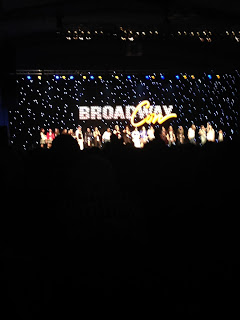 Y'all, apparently it's not normal to memorize and regurgitate lyrics to multiple musical theater songs, even ones you haven't heard in a couple of years.

Or as my friend said to me today while we were roaming the Jacob Javits Center, "You didn't even miss a beat on 'Satisfied.' How does that happen?"

2017's BroadwayCon was held at the Javits Center over this weekend and two of my friends and I went today, the last day of the convention, and had a great time.

We went dressed in pink, blue, and yellow as a nod to the Schuyler sisters from Hamilton. 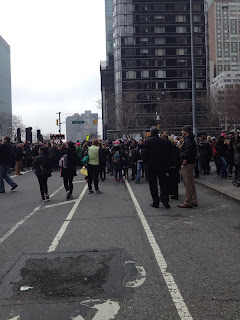 Today, two friends and I arrived in Manhattan around noon, walked downtown about ten blocks, and participated in a historic day: the day of the Women's March and the various sister marches all over the world.


The funniest thing about waiting to get into the plaza: there's a Trump Hotel on that corner!

At one point, a young girl stood at her hotel window and jumped up and down waved at the crowd. At another point, we noticed a guy hanging a sign under his apartment window and leaning out way too far to take pictures.


We turned onto 42nd Street and walked crosstown. The crowd thickened and slowed the closer we got to Grand Central Te…
9 comments
Read more 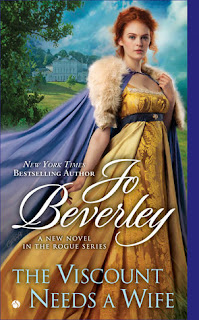 I finished reading a Regency historical romance today by one of my favorite romance authors, Jo Beverley, who sadly died last year. It's been a while since I've read one, which is funny because that was original genesis of the whole Keegan family saga. (I really liked the book, by the way. It was romantic, gushy, uplifting, although there was a theme of death throughout, which was really poignant considering it's probably Jo Beverley's last book).
Now granted, I realize it's weird to be writing a lot of short stories based around a trunked and ripped apart novel. But one of my projects so far this year is the first draft of a Regency (well, technically, it's Georgian England) historical romance novella and it takes place in the same world with the Keegans.
And this is my first snippet of 2017: a scene from early on in The New Bride of Banner's Edge. Yes, guys, I already have a title #win
London Miles Keegan sat at one end of the dining table, addressing himself…
6 comments
Read more 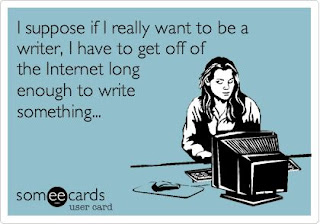 For most of last year, I was a distracted mess--after I released "When Mary Left" (now or soon-to-be available over on your friendly neighborhood Kobo, B&N, iBooks, and Smashwords, btw), I tried to go back to the novel and couldn't. I planned a few short stories and only finished one.

Well, I was--and am--determined that this year will not the same. But I wasn't totally sure how I was going to combat Shiny Internet-itis without resorting to turning off the Internet every single time I wanted to write, which impedes valid things like quick Googling and referencing research.


And then the answer came to me via Jess, my friend and copyeditor of my two released works. She wrote a post for Blood Red Pencil: The Pomodoro Technique and Productive Writing Time. Go read it if you have a sec.

The gist is: there's a productive technique called the Pomodoro method, where you set a timer for about twenty-five minutes and then proceed to do your task in single-minded fervor…
8 comments
Read more 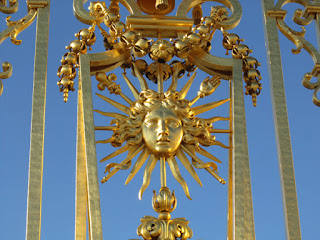 I think I mentioned that I watched sesaon 1 of Versailles, a French-produced show (though everything's in English and most of the actors are British), not too long ago. My best friend then watched it and wanted to know if "all those people really died or not."

So here's a quick run-down of Louis XIV and some of the drama on Versailles. Spoilers below!! 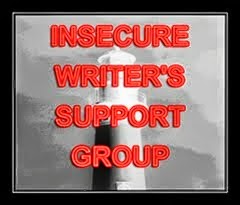 It's The Insecure Writer's Support Group time! We post every first Wednesday of the month. Check us out at the link above and on Facebook!


I've never been one to make New Year's resolutions. I think they're made to be broken and cause disappointment. But I have definite steps to world domination I want to achieve this year:

-Stay the hell off social media. Not forever, mind you, but just....be on it less. I found that it was crowding my brain a bit too much in 2016.
-Maybe finally move this blog onto another platform? I want a more professional look. Maybe. I'll probably change my mind in about five minutes.
-Finish the Victorian novel and get started on the second draft (finishing the second draft would be nice, too, but let's not push it)
-Send "Haunted Lake" to a beta and figure out what to do with it (I'm leaning towards finding a magazine to submit to)
-Draft and finish "The New Bride of Banner's Edge," which is more Regenc…
22 comments
Read more
More posts