- July 04, 2016
I recently finished reading Courtney Milan's The Suffragette Scandal, which takes place in the 1870s and is about Free Marshall, an investigative journalist who runs a newspaper called The Women's Free Press--for women, by women, about women.

Because I'm plodding along in late Victorian land and my three POV characters are all women, I'm looking around at the different things ladies were doing in the 1890s and in the decades beforehand.

We've already covered the Dollar Princesses, American girls who married into British noble families and oftentimes, saved those families from complete ruin. Ursula Houghton, my character, is one of them.

But there are many, many other interesting, complex, fascinating women in that time period, who may or may not end up influencing Victoria, Ursula, Beatrice or any other upcoming characters. 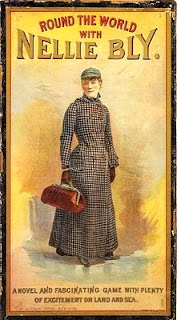 Courtney Milan says that Free Marshall was partially inspired by Nellie Bly, who you may know as the journalist who made a 72-day around-the-world trip, beating the fictional Phileas Fogg in 1888. But Nellie Bly was also a serious journalist in an age when women journalists were rare. When she started writing, Bly was relegated to the fashion, society, and arts stories, but she went to Mexico to serve as a foreign correspondent at 21 years old. She also feigned insanity in order to be committed to the Women's Lunatic Asylum on Roosevelt Island, in order to write an expose about the conditions there, which were deplorable. 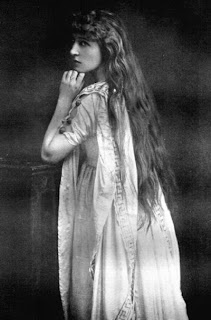 Lillie Langtry was an English stage actress. Known for her beauty, Langtry moved in high circles. Though married, Langtry and her husband lived apart and she had affairs with Edward the Prince of Wales (later Edward VII), the Earl of Shrewsbury, Prince Louis of Battenberg, among others. She had one daughter, who was definitely not her husband's child. Lillie began acting in 1881, needing money, and was encouraged by Oscar Wilde to do so. She later formed her own production company and toured all over the UK and America, acting in various plays including Shakespeare, She Stoops to Conquer, and other parts. In 1901, she became the manager of the Imperial Theatre in London. 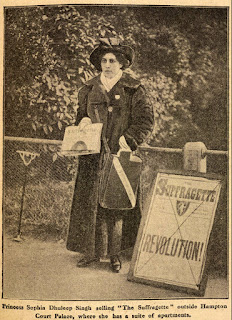 Sophia Duleep Singh, also known as Princess Sophia Duleep Singh, was born in London to Maharajah Duleep Singh of the Punjab, who was exiled to England when the British took over the Punjab (and the Koh-i-Noor Diamond). Sophia grew up in England. Her godmother was Queen Victoria. Sophia was a socialite in the 1890s, lived in a house at Hampton Court Palace, and became a suffragette, joining the Women's Social and Political Union. She funded women's causes, chaired meetings, and made speeches, but because she was Queen Victoria's goddaughter, she was never arrested, brutalized, or force-fed like other suffragettes were. She also became a supporter of Indian independence.
history-19th century history-Edwardian history-Victorian Ponsonby-Courtneys Research