Write the Book You Want to Read 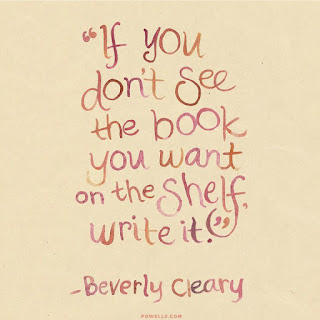 Writers, by nature, will give out all kinds of contradictory advice. Show, don't tell. (Huh?! It's a novel, not a movie ...) Write what you know (But I know nothing. Jon Snow.) Write for a market. Don't write for the market (because it'll change by the time you finish your book.) Write something you think people will actually want to read. Nah, forget the readers, write it entirely for yourself.

Write the book you want to read.

In my case,  I wanted to see a historical fiction costume drama-like story with some grittier issues, with some diversity. Expanding on that, Pearl, which is a spin-off from the Keegans, is about a black female protagonist in a Georgian England setting and her plot does not involve romance.

I mean, I like romance in books, but not every woman needs to be presented with a love interest. I'd like to read more novels where the female lead doesn't fall in love with someone by page x.

I'm back to writing the novel I've been tinkering around with, with all its intendant complications, but even there, it's the kind of book I like reading--and have read in some cases--because it's a dual timeline. There's a small mystery, there are two female lead protagonists, there's diversity and art. But it's half historical period and half contemporary.

I think of it as two halves of the kind of stuff I like to watch---part Downton Abbey/Jane Austen adaptations/Outlander--and part Once, Begin Again, delicate little indie movies.

So, what kind of book do you want to see on the shelves or on the ebook rotations? And are you writing it?