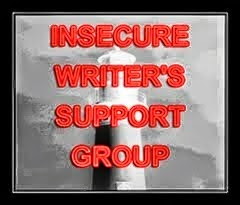 This post is for October's Insecure Writer's Support Group, a group which posts their insecurities and releases them out to the world every first Wednesday of the month. Thanks to Alex J. Cavanaugh for creating IWSG. If you haven't already, don't forget to send in/link to your articles for the IWSG anthology. I already sent in mine. Also, happy one year anniversary to the website!

So, this month: I'm not actually writing. I'm in a post-story state, but it's a different post-story state because I'm querying The Keegans of Banner's Edge. It's the first time I've gone through the query trenches--and I'm not expecting anything. But I did strongly feel that, after years of writing and rewriting that novel, it was time to dip my toe out there. Usually, the last story has been shelved or is being read by someone while I work on the next one. Right now, Queryland feels like a strange sort of limbo because while I'm mentally trying to shape and assemble things for the next story, I'm also digging up more literary agents, sending out more queries and synopses, logging information down.

But that's what it is to be a writer.

In the meantime, I'm developing the next idea--- I'm happy with how deep I've gotten into my protagonist and I'm reading for research. I hope to have an outline and then plan on using NaNoWriMo, as I've done in the past, to launch my first draft out. Or I might want to start writing parts of it earlier than November; we'll see.
Insecure Writer's Support Group