Showing posts from August, 2012
Show all

- August 29, 2012
The Downton Abbey press pack for series 3 is now out: Press pack. Interesting things are going to happen to our beloved estate and characters in 1920.

For those afraid of spoilers, the press pack doesn't necessarily spell everything out, exactly. There are new characters this season belowstairs as well.
Post a Comment
Read more
- August 26, 2012
These are probably crazy girl hormones talking, but god, my novel is horrible. My prose is even worse. Who am I even kidding?
Post a Comment
Read more

The Tower of London 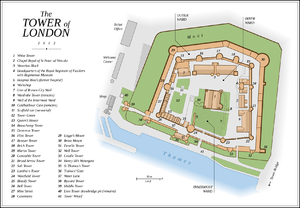 My characters take a trip to London in my novel and as one of the prime tourist attractions of London, even in 1801, there is a scene at the Tower of London.

The Tower of London--officially known as Her Majesty's Royal Palace and Fortress--has become a symbol of its country. It was founded by William the Conqueror in 1066, when he had the old Roman city walls torn down along the River Thames to make room for the White Tower, a stone keep, in the center of the complex. Building the White Tower (which gained its name when it was whitewashed) was begun in 1078.

The Tower is an official royal residence of the monarch. It was also infamously used as a prison, especially in Tudor times. The Royal Mint was also within the Tower a…
Post a Comment
Read more 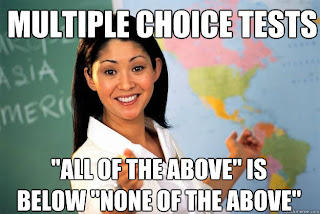 I doubt that novel writing by polling ever actually works, but...


Okay. I'm revising. You know that. I had this storyline (which I expressed my doubts about here). Basically, the daughters of my protagonist: the older one is white. The younger one is half black. They have different mothers. Stir in a merchant father, the year 1800 and the English countryside and upper classes and you have my novel.

I had a plot thread that was winding around my novel, that the girls, who are quite young, were never told that they had different mothers--so they believe that they have the same mom. For some reason, in the draft, this plot became kind of important and the revelation to the older one that Mama isn't her Mama was going to be part of the almighty hard to reach climax.

The more I'm dealing with this plot, the more ridiculous and soap opera-like it feels.

BUT... the more I'm revising, angsting and hating this ridiculous book (and hacking, cutting and relooking at sources), anot…
Post a Comment
Read more

The Dowager Countess being oh-so-delicious again.

- August 16, 2012
As I'm slogging through revision--and debating whether to completely delete a particular storyline in favor of something a little less melodramatic--I got some creative renewal last week by going to see Once the musical on Broadway.

All of this means that my friend and I made up a mini-fanfic in the middle of Times Square on the way to the subway. 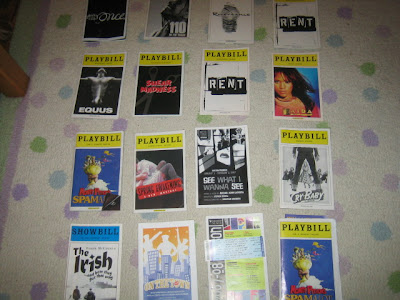 - August 07, 2012
Remember when I wrote that I wasn't sure exactly what the climax of my story was because my first draft was crap and fell apart toward the end (as usual) and then I wondered about the plausibility of a particular story line anyway?

I am in the home stretch of this revision, so to speak (about 23, 000 words to go) and because the first draft falls apart at this stage, I've had to think harder about how to wrap it up and end it. I worry that the story threads are predictable, cheesy, feel unrelated to other aspects of the story or are just plain bad.
But I've been most worried about the climax. It has to happen naturally. It can't seem forced. The rest of the story has to build to it then lead out of it. It's a big deal and I don't know that I've ever written an effective climactic scene.
Book the First didn't really have a peak. The first incarnation of this book had a neat climax purely because it was a romance--obviously, the hero and heroine are in …
Post a Comment
Read more 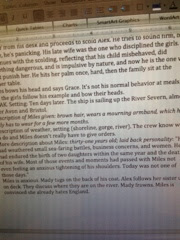 A few months ago, I read a post on Kristin Nelson's blog Pub Rants about her method of creating an editorial road map to highlight plot points for her clients.

I thought it sounded like a good idea. Writers divide themselves into outliners and pantsers--those who outline a little (or extensively) and those who go with the flow of whatever they are writing. I'm in the middle--I have a short, vague outline or a couple of paragraphs with the premise. Sometimes, I have bullet points telling me what the major points are, even if it turns out not to be very helpful sometimes.

The last time I had a draft to revise--Last Request, I think--I forced it on some friends to read, I gathered their comments and questions and emails, printed out the entire thing and read two of Margie Lawson's packets. I scrawled all over the pages, highlighted in every conceivable color, and then found at the end that I had no idea how to fix the problems in that story.