Showing posts from April, 2012
Show all

I found this article while perusing downtonline.com tonight:

In the Shitty First Draft, this particular scene I'm in the middle of fell on page 104. I was running about 5 pages more in revision than in first draft, but I left out a long dialogue scene (I'm saving it for later, revised) and cut other crap out entirely: dialogue, narrative, expository nonsense, extra clauses in already-long sentences...

I read this on WritersDigest.com and thought it sounded appropriate, if a little grisly and overdramatic:

“When your story is ready for rewrite, cut it to the bone. Get rid of every ounce of excess fat. This is going to hurt; revising a story down to the bare essentials is always a little like murdering children, but it must be done.”
—Stephen King, November 1973 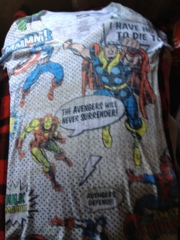 Marvel's next superhero movie is coming out on May 4th. It's The Avengers and I'm so looking forward to it. (You may gather from this blog that I have wide-ranging tastes. It's not always Jane Austen for me.)

I loved the Iron Man movies. I have recently watched Thor and Captain America, so I'm caught up with the heroes of The Avengers.

(And the villain as well.)

And speaking of super hero movies, Tom Hiddleston, who plays Loki, wrote this article about superhero movies for The Guardian recently.

Superheroes movies like The Avengers should not be scorned.

"Actors in any capacity, artists of any stripe, are inspired by their curiosity, by their desire to explore all quarters of life, in light and in dark, and reflect what they find in their work. Artists instinctively want to reflect humanity, their own and each other's, in all its intermittent virtue and vitality, frailty and fallibility."
Post a Comment
Read more

"What I really Do" meme 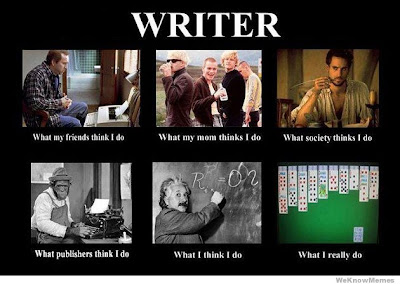 How many of you guys have seen these profession memes going around? If there's one for your profession, post the link!

Here's one for my paying job: 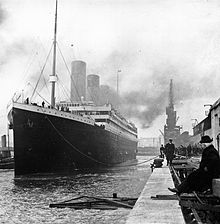 One hundred years ago, at 2:20 am, the Titanic sank on its maiden voyage in the middle of the north Atlantic. It feels like a very distant time--and yet, not.

I was 11 when the movie Titanic came out and I saw it three times in the theaters. I know it's extremely cheesy, but it remains one of my favorite movies and the story of the ship and its doomed voyage is one of the first times I remember becoming enamored of a particular real-life historical story.

Not only was there an epic, tragic, romantic love story movie that came out when I was at an impressionable age, but there was something of a family story, too. My great-grandmother nearly got on the Titanic coming from Ireland to America. She didn't get on it (either she or her friend became sick and couldn't get on) and later came to New York on the Oceanic.

- April 10, 2012
I found myself, as is pretty typical, unable to sleep last night, but I was fresh out of ideas and/or will to revise, there was nothing new to read on fanfiction.net, and I didn't feel like reading any of the myriad of books I own.

So I sat and re-read Last Request, which was the last book I wrote and currently resides in a file on my computer. I tried to revise this into a workable second draft and I couldn't quite find my way through the unfamiliar and murky waters of revision at the time, so I put it away. I felt a compulsion to read it last night.

- April 09, 2012
I came across this post on my dashboard: Creating an Editorial Road Map. As the post says, it's basically a chapter-by-chapter plot breakdown. Kristin Nelson uses this breakdown to critique her clients' manuscripts. I've heard of some writers who actually do this kind of thing before they write a word of their drafts.

I can't bring myself to do that. It feels too clinical.

But I think it could be a good post-Marginally OK Draft technique...to make sure one actually has a plot. I'd like to see how it compares to my original outline, which isn't chapter by chapter, but more broad strokes.
Post a Comment
Read more 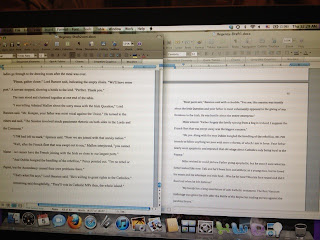 Here's how I'm revising so far. First, some stats.

This is what my computer screen looks like when I'm in revising mode. On the left is Draft 2 (at 125% zoom) and the right is Draft 1.
Last time I revised anything, I used Track Changes extensively on the Shitty Draft. I printed it out and marked it all up and realized that there were some major issues and I wasn't sure how to go about fixing it all.
2 comments
Read more 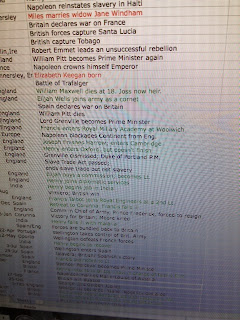 Once upon a time, when my current Mess-in-Second-Draft-Progress was but an idea, I knew that I wanted to write about an unusual family. But because it was always going to be historical at heart, there was research involved. At the time, I did minimal Internet research--and then lined it up in an Excel file.

My aim was to write a romance novel and I wasn't sure how historical I wanted to get, so I basically entered in information on the Napoleonic wars, Waterloo, George III, what my characters were doing, anything I could find that I thought might be useful.

As you can see, it's pretty basic: year, month/date, location and a short description. The red means it's about a main character, the green a secondary character and black is historical background.

Doing that is how I realized that Miles, my protagonist, was born the same year as Napoleon, and was at the formative age of twelve when the American army won the Battle of Yorktown.