Showing posts from September, 2011
Show all

On Writing
7 Ways to Improve Your Writing Tone


Local Newspapers: Do You Read Them Anymore?

"That's what happens when an English teacher has you reading Hamlet for four months. I kid you not. Four months."

Once upon a time, when I was a snarky high school student--long before I became a snarky adult--I used to think that what my English teachers told me was pure myth. They used to say that all that symbolism, the rich metaphors, the characterization in the works they fed to us was written like that on purpose.

I disagreed. I mean, yeah, sure it took a few drafts to get something like that and a lot of thought and some planning, but did Salinger seriously sit there for hours and hours just to plan that Holden Caulfield's hunting cap was symbolic of his hunt for...whatever?

I thought this because a) I was, as I mentioned, a snarky teenager and b) no matter how much I planned something I felt the urge to write out beforehand, it was only later on that I saw the clever turns of phrase or good dialogue. Surely, I thought, it's impossible to plan every little bit of your piece and some things just come about by accident.

"What exactly does he do?"

- September 25, 2011
When my friends settled with some popcorn and Downton Abbey a few weeks ago, it was the first time one of them had seen it and I could tell that while she wanted to see it, she wasn't wildly enthusiastic about it. But as my friend got into the plot and characters, she asked that vital question, when realizing that your historical English nobles seem to have a lot of land, big houses, and lots of time on their hands---

"What exactly does he do?"

"He manages his estate."

It's question I found myself asking quite a lot of, when I read Regency-set romance after Regency romance because these lords, they sure had an awful lot of time to be worrying over their future wives. Some of them actually did manage their lands--they would sign and read papers, talk to their stewards, visit their tenants, or talk about being in the House of Lords in Parliament. A few books would manage to convey the power the upper echelons had, whethe…
Post a Comment
Read more

Coming Off a Mini-Block

- September 17, 2011
I've coming off of approximately a week, maybe more, where I just couldn't put a word down. It's been a long time since I've had any kind of writer's block problem. I would sit and type a line here, delete a line I hated there, but couldn't get into the story or the characters and would go and read Downton Abbey fanfiction instead.

I felt unmotivated and a bit bored with the story, too. And I couldn't seem to come up with anything to jog a blog post out of me. Part of this lack of motivation stems from the lovely autumn allergies I've been encountering as we head toward the official start of fall, part from scheduling at work, and the rest of it was just disinterest.

I managed to write a whole page last night, though, so I guess I'm coming through this mini-block.

I introduced a new character who grows in importance as we go on. Introducing new characters are always amazing ways of getting more words out.

I wasn't going to write anything about September 11, 2001 on this blog. But it being the tenth anniversary and being a New Yorker, it's not a date that is easily ignored. It's a watershed date for my childhood, one of those dates where there was a clear difference between the before and the after. If one was writing a novel, it would be the moment that the story turns.

Ten years ago, I was 15 years old. I was in the car with my mother, who was driving me to school early because I had to change my schedule. We were listening to Z100, as we did most mornings, when one of the DJs suddenly said, "Hey, I think I saw a plane go into the World Trade Center."

Mom and I thought it was a joke. I got to school, couldn't get my schedule changed that day, and since there were a few periods between my actual school day beginning, Mom took me home for a little bit. I turned on the TV. Only CBS came in and they were already on news coverage about the plane that had flown in…
Post a Comment
Read more

Childhood Games; or, Writing Out Loud

- September 06, 2011
I spent the Labor Day weekend with my family and more specifically, my nieces, who are 3 and 1. The 1-year-old is doing the usual 1-year-old thing of toddling around, eating everything, grinning, and drooling. The 3-year-old wanted to show off her Halloween costume (Princess Tiana, if you're interested), then played on the playset outside loudly and very imaginatively.

She said it was a spaceship. They were flying through space to Planet Monster. Her engine was dying, it had bugs in it.  Hysterical, and some proof to me that children born in this very digitized age do still have imaginations.

I spent my childhood doing the same thing--and really, what is it but telling ourselves a story, making it up and acting it out? It's writing, but in acting form.

I still do this, to some degree, because I have a habit of talking to myself. I think it's an only child thing. I'll talk out dialogue or do both sides of a conversation (with myself, granted, but it's in character, …
Post a Comment
Read more 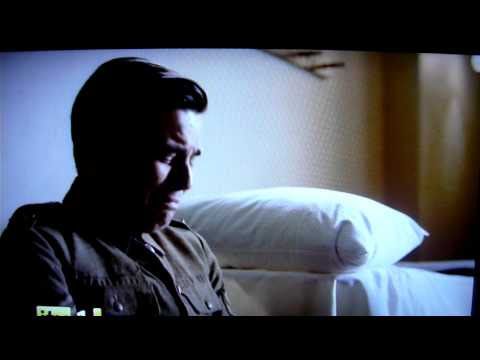 How women inherited in the olden days

- September 03, 2011
This post was inspired by this one: Heroines in an era lacking women's rights

That, in summary, is how we think of nineteenth century women. They were under the control of their fathers and then their husbands. They could not own property, did not seem to inherit it much, could not vote or work, and were constantly pregnant.

If a woman remained single (as Jane Austen did), she could run the land she inherited (if she inherited any) and keep her own earnings and inheritance. When the woman married, she ceased to be her own person. Beforehand, however, if she had conscientious parents, guardians or lawyers, a marriage settlement could be drawn up to ensure that whatever she brought into the marriage would pass to her child…
Post a Comment
Read more

- September 01, 2011
An interesting post from the blog of the Office of Letters and Light, the lovely people who brought the motivation and madness of NaNoWriMo into our lives. The post is called "What Do You 'Do' To Your Books?"

Books are physical objects. You can curl up with them (as I do), smell the new-book (or musty old book) smell. You can takes notes and highlight and underline in them. You can pass them along to others. You can dog ear them. You can stick stickies in them.

And, in the meantime, you can be educated, informed, empowered, entertained and gain insight, wisdom and quiet.

It's that relationship with a book as an object that cannot be replaced by an e-reader. Yeah, the content might all be there, but it's not the same experience.

I, for example, never used to write in my books. I wanted my books to remain pristine. Sometimes I used bookmarks, but I usually just bent the top corner of the page I was on. Still do. It's fun to re-read something and see that s…
Post a Comment
Read more
More posts