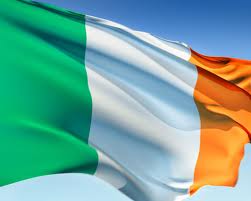 "We have always found the Irish a bit odd. They refuse to be English."
- Winston Churchill

"This is one race of people for whom psychoanalysis is of no use whatsoever."
- Sigmund Freud (speaking about the Irish)
"Being Irish, he had an abiding sense of tragedy, which sustained him through temporary periods of joy."
-William Butler Yeats


"I'm Irish. I think about death all the time."
- Jack Nicholson
Reasons Why the Irish Have, um, "Issues" with the English
I have often said, and written, it is Famine which must consume [the Irish]; our swords and other endeavours work not that speedy effect which is expected for their overthrow.
- English Viceroy Arthur Chichester writing to Elizabeth I's chief advisor, Nov. 1601
[existing policies] will not kill more than one million Irish in 1848 and that will scarcely be enough to do much good.
- Queen Victoria's economist, Nassau Senior


"Ireland unfree shall never be at peace"--Padraig Pearse

"I am a drinker with a writing problem."- Brendan Behan

"Everywhere I go I'm asked if I think the university stifles writers. My opinion is that they don't stifle enough of them. There's many a best-seller that could have been prevented by a good teacher."
- Flannery O'Connor

"I've put in so many enigmas and puzzles that it will keep the professors busy for centuries arguing over what I meant, and that's the only way of insuring one's immortality."--James Joyce on Ulysses
Ireland Words of Wisdom